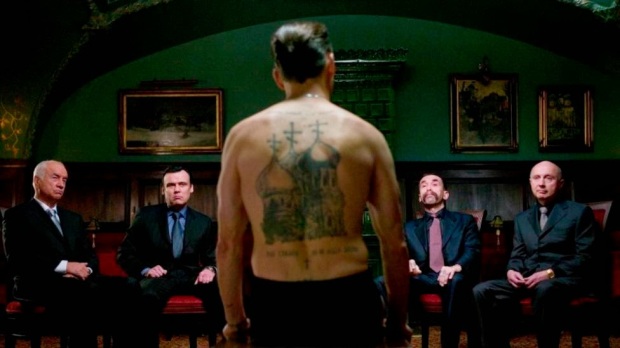 EXCLUSIVE: Warner Bros is moving forward with a drama that will trace the origins of organized crime in Russia. The studio has hired Andrew Sodroski to write Vor V Zakone. That is a Russian term that translates to Thief In Law, which refers to a professional criminal who holds elite status among other law breakers. This traces back to the Russian Revolution of 1917, where Stalin attempted to exterminate the criminal underworld and filled the gulags with bandits and thugs of every stripe. Rather than weed them out, that effort united them and created a heirarchy that continues to this day, with soldiers wearing their rank in the form of tattoos bestowed by leaders from prison. The narrative thru line here is how one man, a leader of the Vor V Zakone, rose to become the very person his brethren swore never to serve: the Tsar himself.

Michael Andreen is producing. Sodroski’s script Holland, Michigan is getting made with Errol Morris directing and Naomi Watts starring, with John Lesher’s Le Grisbi producing. The scribe was a history major at Harvard and has lived in Kosovo and the Republic of Georgia. He’s repped by CAA, Principato Young and David Fox. Andreen, a longtime studio exec, hatched the original idea for the epic drama and Warner Bros’ Jon Berg will oversee it.

To learn about projects, releases dates, etc. you can always visit my website at www.latriviawelch.com
Loading Comments...