A federal judge in Memphis sentenced multimillionaire Craig Petties, a high-level broker for the Mexican cartel, to nine life sentences during a hearing Thursday. The sentences are to run concurrently. There is no parole in federal prison.

Petties turned with a slight smile and pointed at his family, then turned and pointed to Lucy Turner, the mother of a man who was kidnapped, tortured and murdered. “To my family and to the victim’s family, I apologize for the decisions I’ve made in life.” 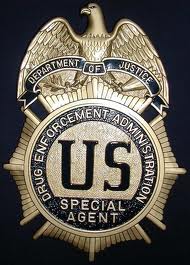 Petties, initially arrested by Memphis police in 2001 with an estimated $300,000, fled the country in 2002 and remained in hiding under the protection of the Beltran Leyva cartel.

Abe Collins, a special agent with the U.S. Drug Enforcement Administration, learned that Petties was the major supplier of cocaine into Memphis and other Southern cities, routinely shipping in millions of dollars worth of the drug from Mexico. Collins worked on the case for more than a decade and headed a task force that brought down Petties and more than 40 associates.

Petties members have threatened to kill Collins and Memphis police detective Therman Richardson, who donned dreadlocks and a grill to make undercover drug buys from Petties organization members. Both have said they would do it again to stop someone like Petties.

Petties, arrested by Mexican police in 2008, pleaded guilty in Memphis in 2009 during a secret hearing. Many details about the case remain sealed because Petties and other associates agreed to give government officials information about other crimes that could put them in danger.

Collins and Richardson thwarted at least four murder plots, including ones where money had already been paid to hit men.

Petties pleaded guilty to 19 charges, including trafficking more than a ton of cocaine and marijuana, racketeering, money laundering and ordering four murders, including a government witness. He initially was charged with two additional murders.

Turner said as she drove her granddaughter to school today, the girl asked: “Are you going to court for that man who killed my daddy?”

“I’m getting my closure today,” Turner said. “He has damaged so many lives.”

© 2013 Memphis Commercial Appeal. All rights reserved. This material may not be published, broadcast, rewritten or redistributed.