Prince Michael has always been England’s bad boy. Handsome, confident and completely untraditional, many of his antics garnered front-page news and international headlines over the years.  However, once he gets engaged to a woman of note, he finally become a man that his mother, The Queen of England, can be proud of.  Too bad, the world wind romance is short lived.

Catastrophe: After calling off the wedding to Thalia, his brother Richard convinces him to get out of the public eye and covertly go to the United States for a while where he hopes that Michael will gain a little more respect for his title and position by living as a commoner, and so the media won’t keep catching him in other women’s beds.  To make the situation a little more discrete, they pick the small town of Hernando, Mississippi for their experiment.  Normally, Michael would have considered the entire proposal laughable, but the constant fallout from the breakup make what started out as a preposterous suggestion a pliable solution.

Hope Daniels is on top of the world. Working on a collection of art to display in a few months after signing a major deal, she feverishly is working toward her deadline, when suddenly disaster strikes.  After being in a head-on collision with a drunk driver, she is left temporarily blind and completely alone. With no one to help take care of her, her agent pushes her to hire someone to help her around the house until her sight comes back.  After the most ridiculous interview ever, she finally agrees to hire handyman, Beau Michaels, not knowing that her help is actually the royal variety.

Blessing:  Michael’s never been understood, mostly because his beauty and title have always gotten in the way of any sincere connection with a woman, but with Hope blind to his looks and unaware of his true status, he is forced to be himself for the first time ever.

With his majesty waiting on Hope hand and foot, and Hope feeding Michael’s soul with more than pomp and circumstance, their connection becomes electric.

Only what happens when she can see again and he finally sees what he wants in life?

This truly has been a crazy week.  We’re currently working on the foundation for our new imprint, Taboo, a project that will launch in the summer of 2012 for Interracial Romance Readers globally.  I’ve been writing up a storm on The Chronicles of Young Dmitry Medlov: Volume 4, The World in Reverse and Saving Anya.  Plus, I have completed seven book club meetings and it’s only Tuesday.  However, I’m doing what I love, and because of that I know that I’m blessed.

Koko Brown really made my week with the latest review of The Grunt.  Words cannot express how proud I was to read this. I woke Adam up from his nap and made him read it twice.  Even he had to smile, and those who know Adam know how hard it is to make him smile.

So, I want to share this review with you.  Here’s the link.  Please check it out.  Respond.  Tell her what you think and share it with others.

Hope all is well.

XoXo and all that jazz,

Staff Sergeant Brett Black has a bad feeling that something is going to go terribly wrong.  And as a Recon Marine, he pays attention to his gut.  Only nothing can prepare him for what he encounters when he arrives at home from the base.  His wife is leaving him, and there is nothing he can do about it.

Abandoned with a kid, the super alpha-male has to become domesticated quickly or find a willing substitute to help him with his son.  Only the substitute he finds is no substitution.

Courtney Lawless is a true wild card.  The budding librarian loves the classics and carries herself like a lady by day.  But she also is full of life and surfs the waves of the Atlantic Ocean by night.  Since her parents won’t pay for college because of bad decisions in her past, the reformed bad-girl takes a job as Brett’s live-in nanny to finish paying for school.

Brett has never seen a woman of such complex duality.  Used to a wife who won’t clean, cook or even talk to him, when he starts to live with Courtney, he realizes what he’s been missing his entire life.  Educated, amazing and refreshingly honest, the only thing that that this transparent beauty hides from her new boss is that she’s also the Lieutenant Colonel’s daughter.

Faced with another deployment to Afghanistan soon, the brooding Marine is forced to come out his shell to fight for what he loves, only this time, the war is at home.

Enjoy the interracial must-read romance of the summer, The Grunt, the third a longest book in Latrivia S. Nelson’s Lonely Heart Series and today. 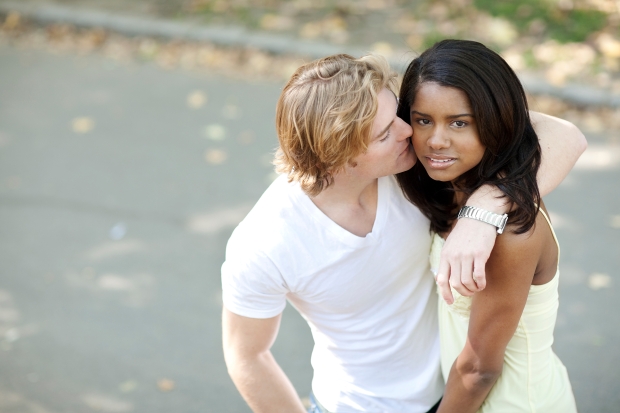 Everyone is looking to save a dollar this summer. With gas prices climbing and a hundred things on the to-buy list, authors have to be very mindful of their price points for their work.  This is why I have made it very simple for readers who want a lot of bang for their buck.  On my official site (www.latrivianelson.info), you can purchase all nine of my books including: Ivy’s Twisted Vine (2008), Dmitry’s Closet (2010), Dmitry’s Royal Flush (2010), Anatoly Medlov: Complete Reign (2011, all three volumes of The Chronicles of Young Dmitry Medlov, The Ugly Girlfriend (2010 and Finding Opa! (2011) for only ten dollars.

I guarantee that you’re not going to find a deal like that on any other site.  Why do I price them so cheap?  Well, I want more than anything to provide you with an enjoyable reading experience.  I also want to build a base of life-time readers.  So, considering I’m not going anywhere for a very long time, and you ladies will continue to read for a long, long time.  Then, we might as well build a great relationship.

Also, I love to hear from my readers.  You can always send me an email (Latrivia@LatriviaNelson.com) or participate on the blogs.  We normally break down the entire story and ask questions about the characters and the plot line.

I hope as you look for things to read this summer you will consider my novels.  Interracial romance is not only about race but also about unique and genuine relationships between men and women.  Each and every one of my books focuses on that core compatibility while hopefully making you laugh, cry and maybe even scream for the characters.

Stop by my website today and purchase the $10 combo pack today!

Stacey Lane Bryant has three rules.  She doesn’t drive; she doesn’t travel; and she most definitely will not date.  From the outside, this odd-ball, thirties-something, single black woman is simply a creature of habit who has been beaten down by the tragedies of life.  However those on the inside know that she’s the widow of esteemed astrophysicist Drew Bryant, a highly sought after best-selling romance author and a devoted cat lover.  The rules are simply designed to keep her safe and keep her sane.

However, someone didn’t tell the Greek bombshell, Dr. Hunter Fourakis, that rules weren’t meant to be broken.  While at his favorite pub, he eyes Stacey and instantly falls under her spell.  Only, his rusty moves don’t get him far with the brilliant introvert, who quickly leaves just to get out of his grasp.

What is meant to be will be, and the two run into each other in another chance encounter.  This time Hunter is able to convince Stacey not only to go out on a spur-of-the-moment date with him but also to consider an unorthodox proposal that would benefit them both.

Hunter’s late wife was killed while serving in Iraq, and he mourns every year for two months and three days.  The mourning period is usually miserable for Hunter, but this time, he wants to celebrate life.  Stacey’s second romance novel is due to her agent in two months but is totally lacking motivation or passion, because she hasn’t gotten over her late husband.  Considering that they both need someone for a short period of time to fulfill very specific needs, they agree to be each other’s help mate temporarily.  Only as deprived widows, pressured professionals and lonely hearts, they find that while deadlines pass and mourning time ends, love lasts forever. 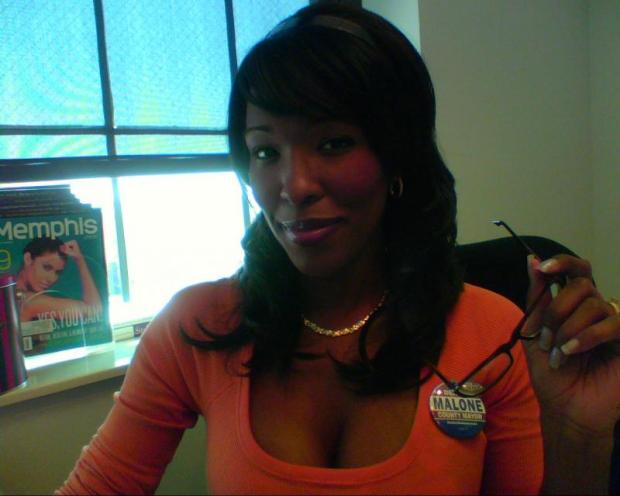 Suburban mom Latrivia S. Nelson spends time in a fictional place where the Russian Mafia has a Memphis branch.

Nelson’s world has given her a growing fan base as a romance novel writer. She says she has sold more than 7,000 copies of her latest book, “Dmitry’s Closet,” released in early 2010.

Nelson’s novels are books of interracial suspense and romance, involving black women and white men. They’re books she wrote when she couldn’t find interracial romance novels that made race a secondary concern.

“All the interracial romance novels were so based on race,” she said. “Once they got past that one (character) was black and the other was white, it was over.”

While a student at LeMoyne-Owen College, Nelson wrote stories for her friends.

After a short, unsuccessful marriage to her college sweetheart, Nelson met her husband, Adam Nelson, a retired U.S. Marine. The Cordova couple have two children, Jordan, 7, from her first marriage, and Tierra, 4.

The Nelsons married in 2005, and he encouraged her to write. Her first novel, the self-published “Ivy’s Twisted Vine,” came out in 2008.

Other books followed and while he was in Iraq, Adam Nelson’s fellow Marines were curious.

“They said, ‘Is this really about you and her?’ I said, ‘No, it’s not. We don’t have any Russian Mafia friends,'” he said laughing.

Nelson said she tried and failed to find an agent for her first novel. “It just wasn’t happening for me,” she said.

So she started RiverHouse Publishing, defined on its website as a place for “male and female, Caucasian and African-American, affluent and starving writers.”

“Our diversity allows us to explore new frontiers in writing and focus on cutting-edge situational relationships that speak to the inner desires of many fiction readers,” the RiverHouse description says.

A publisher Montgomery met with liked the storyline in her interracial romance novel, but passed on the book because she didn’t know how to sell it.

Interracial contemporary romance is a sub-genre in the romance novel world, and big publishers shy away from sub-genres, said Debra Dixon, head of publisher Belle Books, dedicated to “Southern Fried Fiction,” and a co-founder of River City Romance Writers.

Publishers look for broad markets, limiting the opportunities for the “cowboy interracial Christmas time-travel romance,” she joked. But those books still will have fans.

“We have companies that publish black romance, Latino romance, Asian romance,” said Dixon. “So there’s something out there for everybody. You need to find a publisher who can sell that.”

© 2010 Memphis Commercial Appeal. All rights reserved. This material may not be published, broadcast, rewritten or redistributed.

There was an error retrieving images from Instagram. An attempt will be remade in a few minutes.

Error: Twitter did not respond. Please wait a few minutes and refresh this page.

To learn about projects, releases dates, etc. you can always visit my website at www.latriviawelch.com